In January 1985, Town Council for the Town of Fort Saskatchewan approved the use of the old fire hall facility and the monies to hire a Director for a Teen Center. For a variety of reasons, the doors were closed seven weeks after opening.

The Town Council combined with the Fort Saskatchewan Community Support Services personnel maintained their enthusiasm that a youth service would be of value to the community.

In September 1985 a public forum was held in the old fire hall facility, it was decided to pursue a Youth Center.

In November 1985, City Council approved the use of the old fire hall facility and provided the financial assistance needed to hire a Director. Bylaws were created and a needs assessment was completed with financial assistance from local businesses, FCSS, and the United Way. These stakeholders provided the club with materials for renovations, grants for equipment and other start up costs.

Renovations began on November 8, 1985 with the assistance of volunteers who logged over 1000 hours to ensure the work was completed.

The doors of the Fort Saskatchewan Boys and Girls Club opened on February 1, 1986. Attendance during 1986 outreached expectations with 448 youth registered.

Approximately 8 years ago the Board of Directors committed to finding a new location to house the programs and services provided by the Club.  This was in response to the increase in interest in programs and the condition and size of the existing location.

A needs assessment was undertaken and focus groups were held to identify the kind of spaces we required to house our current and future programs.

The findings of the assessment were that there were no existing facilities available and the only other option at that time was to build a facility.  In June 2000 construction began.  The building opened in the middle of December 2000 and the Official Grand Opening was held April 9, 2001. 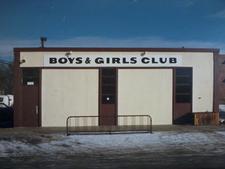